Tom Copeland and Jimmy Graham coauthored an article for the Daily Caller recently. In it, they discuss a viral video where an active duty marine criticized authorities on how they handled the military situation in Afghanistan. Jimmy and Tom Copeland discuss the articles and regulations that restrict certain verbiage in active duty members and what should have been done.

But Scheller made his concerns public in the wrong way. Resign first, then speak. He has announced that he is resigning, but he did so after his video went viral.

Scheller has the right to speak boldly as a man, and as an American citizen, but, as per his contract, not as a Marine in uniform on a military facility. Scheller doesn’t honor codes by breaking them. 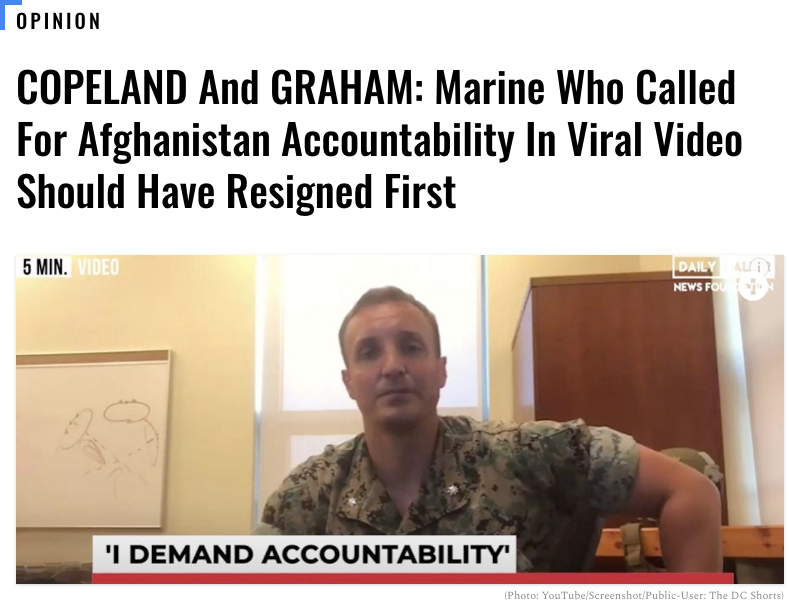 For more information about Jimmy or Able Shepherd, Click Here.

Get the latest news and updates right to your email.