WHAT TO DO IN AN ACTIVE SHOOTER EVENT 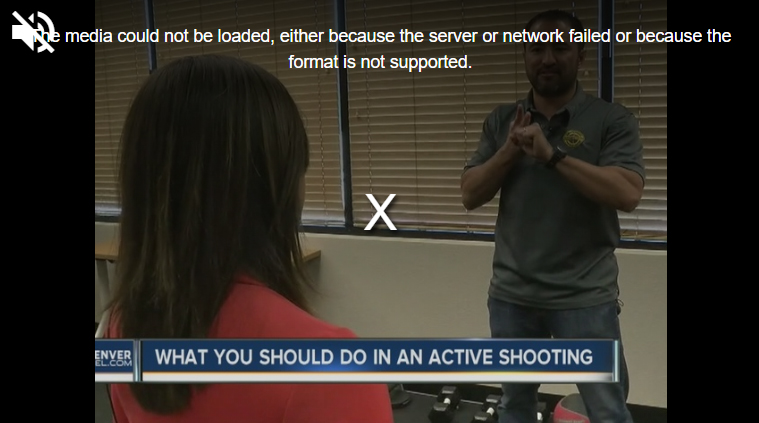 If you haven’t thought about a game plan in case you’re ever in an active shooter situation, one former US Navy SEAL from Centennial says now is the time to make that plan.

This comes after Tuesday’s deadly shooting inside a downtown business building .

Jimmy Graham said his friend was inside the building when a man went inside, shoot his wife, then shoot and killed himself.

At the time, he said his friend didn’t know whether the shooting was random or not, but he was able to keep calm because of his previous active shooter training.

“He just felt so much better having a plan,” said Graham.

Graham, co-owner and director at the Centennial Active Shooter Response Training Center , said having a plan is crucial for anyone and every workplace to have, even if you think it could never happen to you.

“We used to say in the military, ‘a plan is just a common place to deviate from,’” he said, “you’ve got to have that common plan or else it’s going to be chaos.”

He said there are four options you should consider putting in your plan:

1.     Run: “A lot of times there’s been survivors because they left the actual venue,” he said.

2.     Hide:  “If you don’t have a choice,” Graham said, “lock the doors turn off the lights.  He might not think the room is being used that day and just not come in.”

3.     Alert: Call, text or place an alert on social media to get the word out about what is going on. “That clock doesn’t even start until they [police] get the phone call so you need to get that word out quick,” he said.

Graham said here’s no particular order to follow, the important thing is to make a plan and practice scenarios.

He offers hands-on training courses for businesses and individuals.

Sign our WaiverSave time before your first class
WAIVER